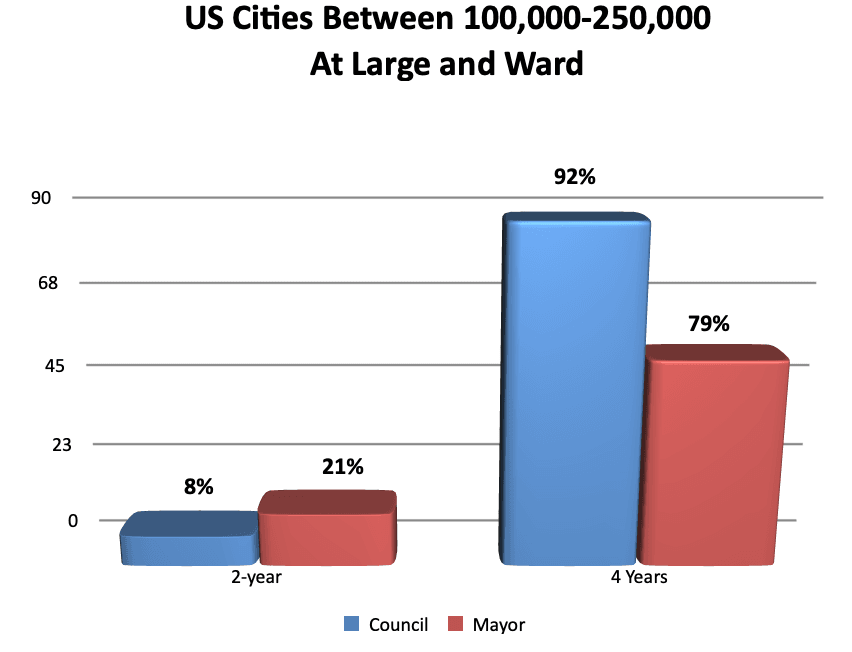 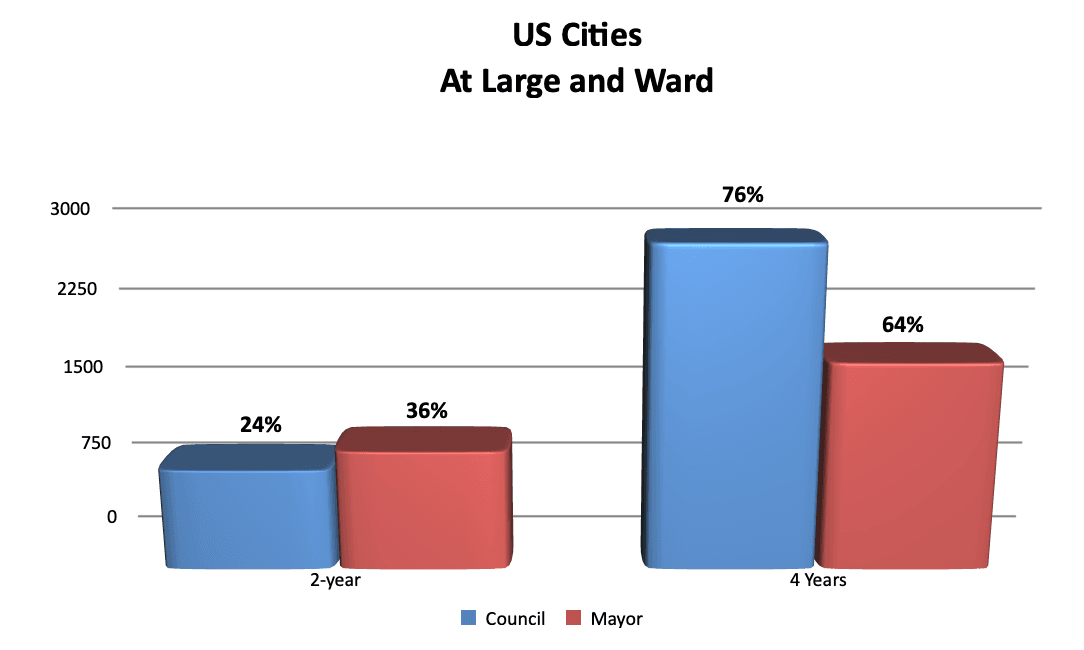 U.S. Cities at Large and Ward

When communities of any size nationwide are considered, the vast majority have 4-year terms compared to 2-year terms as illustrated in the charts above. 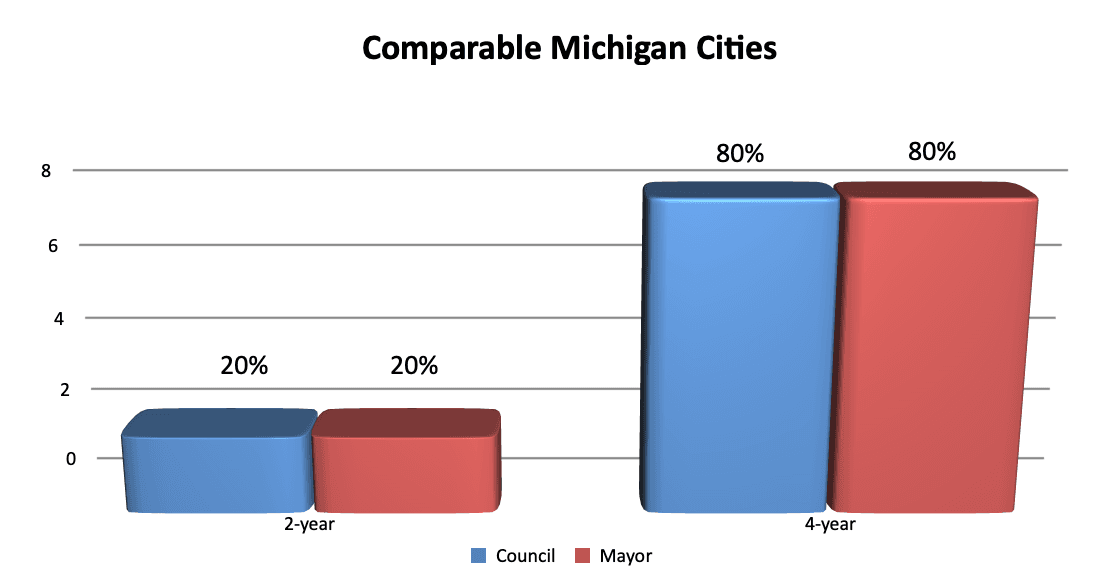 Michigan data mirrors national data for larger communities. For example, the following chart illustrates that of Sterling Heights’ 10 comparable cities, which include Warren, Ann Arbor, Livonia, Southfield, Farmington Hills, Lansing, Dearborn, Troy and Grand Rapids, 80% have 4-year terms for City Council compared to only 20% for 2-year terms. The same is true for Mayor, where 80% have 4-year terms compared to only 20% for 2-year terms. 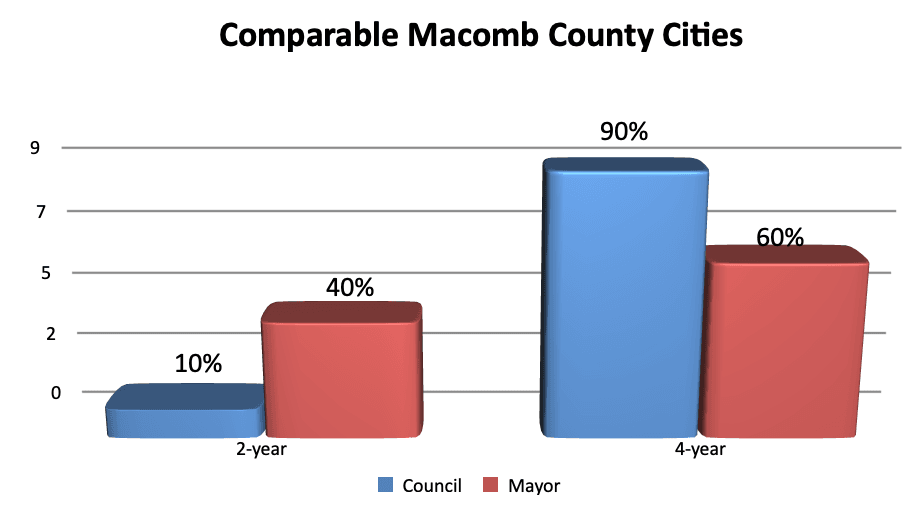 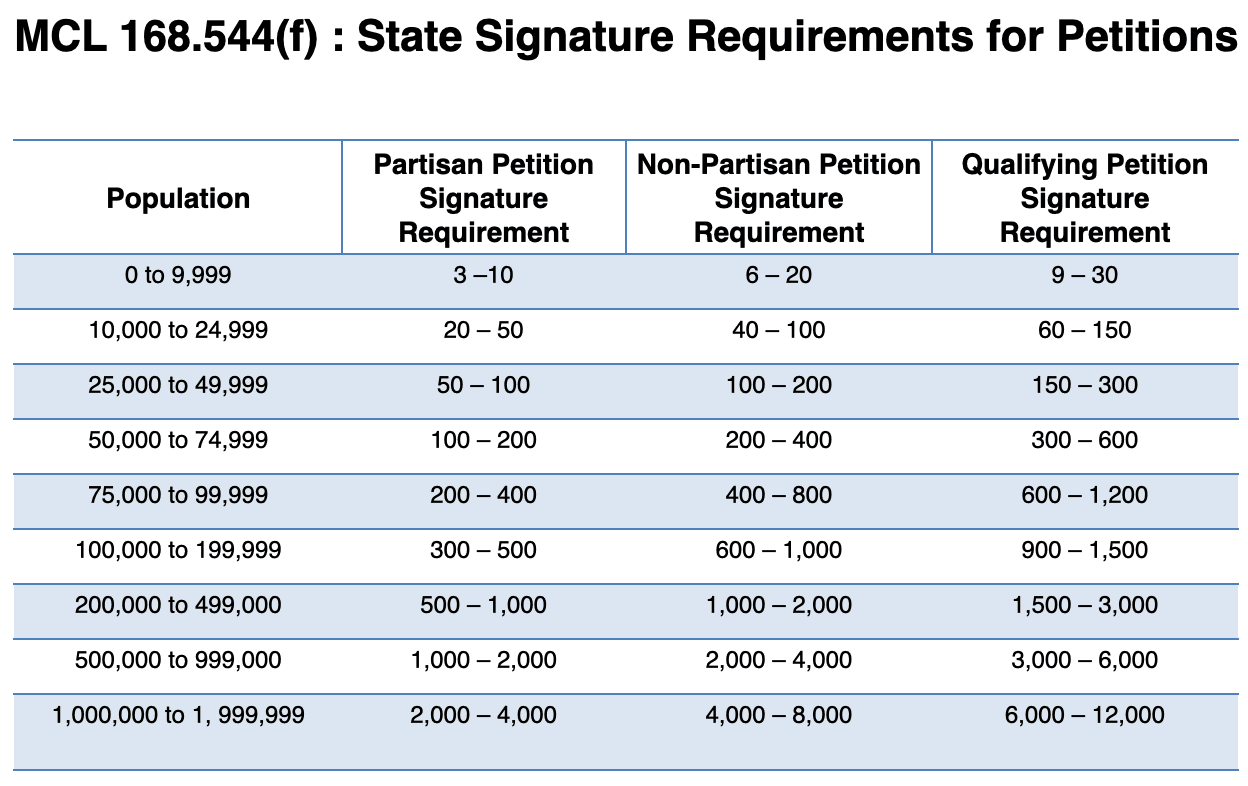