It is the goal of the Department of Public Works to complete the plowing of all city streets including courts and cul-de-sacs, during a declared snow emergency, within 30 to 36 hours after snowfall ceases. Priority No. 2 and 3 streets, as well as courts and cul-de-sacs, shall receive equal priority during a declared snow emergency.

The City of Sterling Heights Department of Public Works readies its personnel, equipment and materials for snow removal during inclement weather. The preparation permits a smooth transition and efficient implementation of snow removal operations, when necessary.

On the basis of forecasts by the U.S. Weather Service, local weather reports, or actual falling snow, sleet or freezing rain, the following actions are taken by DPW officials:

Snow emergencies are declared only when heavy snowfalls impede vehicular traffic on subdivision streets. During a declared snow emergency, all vehicles are to be parked off City streets. Clear streets allow plows to proceed unimpaired. Those vehicles left parked on City streets, in violation of the traffic control order, may be ticketed and towed at the owner’s expense.

All necessary personnel, from each Public Works Division work extended shifts in order to effectively remove all snow. 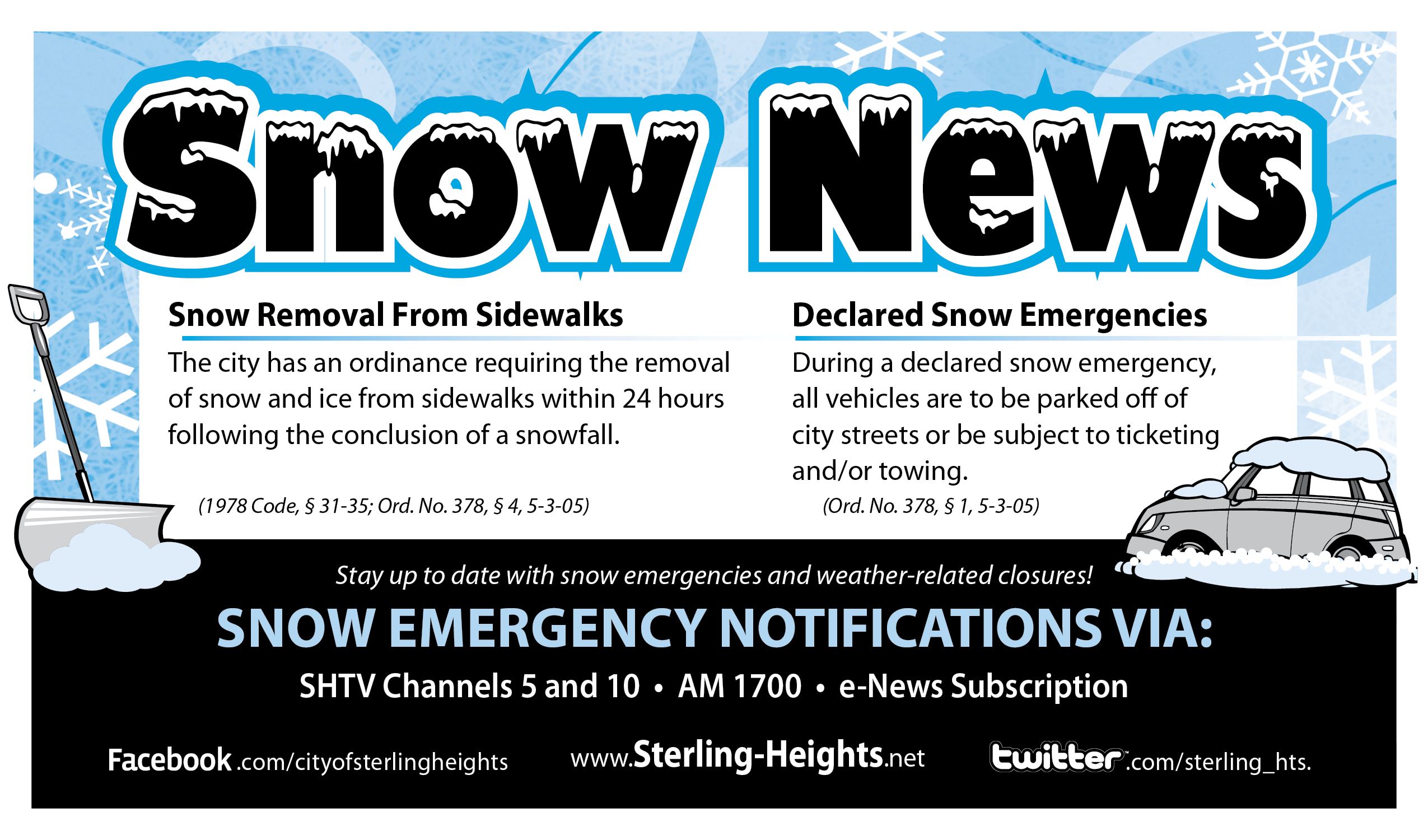