Community Foundation Board of Directors

He earned his bachelor's degree from Michigan State University in 1981 and his doctorate from Canadian Memorial Chiropractic College in Toronto in 1985. He is a Certified Chiropractic Sports Physician. He has been licensed to practice in five states and Canada.

Doug Dinning attended Michigan State University, receiving a Bachelor of Science Degree with honors and a Juris Doctorate. Dinning is admitted to practice in all Michigan Courts and the Federal District Court for the Eastern District of Michigan. He is a shareholder in the Sterling Heights law firm of Dinning & Greve, P.L.C.

Dinning has been rated "AV Preeminent" since 2002, the highest possible Peer Review Rating in Legal Ability and Ethical Standards by Martindale-Hubbell Peer Review.

Dinning is a Board Member and Vice-President of the Sterling Heights Area Community Foundation and was formerly board chairman of Christian Financial Credit Union.

Michael J. Lazzara, CPA, MBA, CVA, business advisor and consultant. He is one of the original Founding Board members of the Sterling Heights Area Community Foundation, serving the Board as its first President, and a Board member since the Foundation’s inception. He currently serves as the Treasurer of the Foundation. He is a member of the American Institute of Certified Public Accountants and Michigan Association of Certified Public Accountants. He has also served with the Sterling Heights Area Chamber of Commerce and the Italian-American Chamber of Commerce.

Michael Notte has been a member of the Sterling Heights Area Community Foundation since 2017 and he serves on the Board as the Foundation’s Secretary.    Michael is employed with FCA for the past twenty-two years and he is currently working in supply chain operations with the Mopar division. He has been involved in the Sterling Heights community many years. His father, the late Mayor Richard Notte, served the community as mayor and councilman for over thirty years. Michael is active with The American Polish Century Club and serves on their board as Recording Secretary. He is also a member of the Italian American Chamber of Commerce. A longtime member of UAW local 889, he serves as their Community Action Program (CAP) chair and he has held that position for the past ten years. As the Foundation’s Secretary, Michael serves on the Executive Committee as well as serving on the Foundation’s Scholarship Committee.

He chaired Macomb County, Michigan's, Focus Macomb Business Sector which resulted in a growth plan for the County and the introduction of a County Executive position.

Oskoian is a member the Selfridge Air National Guard Base Community Council (2017-current). He has served as a member of the the Council of Michigan Foundations (1998-2008), Detroit Tigers Youth Baseball Advisory Committee (2002-2003), the business contributions committee of the Greater Detroit Area Chamber of Commerce (1989-1998) and the Greater Michigan Armed Forces Week Steering Committee Chair (1995-1998).

He has been honored by the Kettering General Motors Institute Alumni Association with its Civic Achievement Award (2016). The United States Marine Corps recognized Oskoian (2007) for his work on the dedication of the National Museum of the Marine Corps. He received Defense industry Teamwork and Integration Awards from the Boeing Company (2005, 2006, 2007) for his work on the  Defense Industry’s Future Combat Systems team. Oskoian received both Congressional and State of Michigan recognition (2004) for his dedicated service and accomplishments in the City of Sterling Heights. Oskoian was recognized as the driving force behind the City of Sterling Heights “Spirit Award” to General Dynamics (2000). He received General Dynamics Land Systems’ Diversity Council’s Fellow Award (2000). He received Michigan Macomb County’s Patron of the Arts Award (1992), a State of Michigan Proclamation for Support of the Arts (1992), and was honored as one of General Dynamics Corporation's first Ethics Fellows (1987).

Oskoian has published defense-related articles worldwide and has received numerous industry and community awards for communications excellence. He has a bachelor of Industrial Administration degree from Kettering University.

Previously, Melanie served as President & CEO for the Sterling Heights Regional Chamber of Commerce, executive director for the Adcraft Club of Detroit, president for Macomb County Chamber and vice president of marketing and communications for the Detroit Regional Chamber. She has spent the last 25+ years in these roles developing a robust track record of increasing revenue growth, acquiring new memberships and executing an integrated approach to serving the needs of the members she served. In her past roles, she was responsible for developing strategic marketing plans for several programs, products and services as well as assisting with the development of several publications and marketing materials. Melanie has also spent time as an adjunct professor in public relations for Eastern Michigan University and in marketing at Macomb Community College. She currently serves as chair of the Baker College Board of Regents and director for the Sterling Heights Area Community Foundation. She also serves on the Advancing Macomb Marketing/Communications Committee and Public Relations Society of America-Detroit Chapter Annual Meeting Committee. In the past, she has also served on the board for the American Red Cross – Southeast Michigan Chapter, the Public Relations Society of America - Detroit Chapter and the Anton Art Center and was a member of the board nominating committee for the Girl Scouts of Southeastern Michigan, the Detroit Creative Corridor Center’s Advisory Board, Detroit Riverfront Conservancy Communications Committee, the Super Bowl Host Committee Communications Action Team and the Detroit Metro Convention and Visitors Bureau Image TAG (tourism action group). Melanie received her Bachelor of Arts degree in public relations and Master of Arts degree in public relations and organizational communication from Wayne State University in Detroit. Melanie is an accredited member of the public relations profession and a graduate of Institutes for Organization Management (a training program designed specifically for chamber of commerce and association management professionals), the Center for Creative Leadership, Leadership Detroit XXV and Leadership Macomb X. Melanie lives in Sterling Heights, Michigan with her husband, son and daughter. 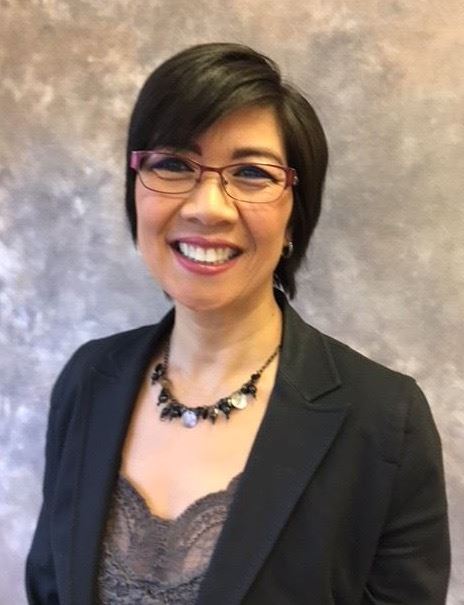 Do also interacts with the community through outreach efforts as a Vibe Business and Community Development Associate. She serves as a brand steward at chamber of commerce and community events throughout Oakland and Macomb Counties. Her role as a Sterling Heights Community Foundation Board Director as well as Executive Director of the Council of Asian Pacific Americans promotes unity through diversity, cultural awareness and community service.

In his spare time he enjoys hunting, photography, golf and football. He provided a quote paraphrasing I Corinthians 1:9: “Investment in relationships results in the best long term gain and the greatest short term joy.”

Valerie Knol serves as a State and Local Government Relations Manager for FCA US LLC. In this role, Knol is responsible for monitoring legislation and regulatory issues, as well as supporting economic development for the Company’s capital investment projects in the Northeastern United States and Macomb County, Michigan.

Already the largest employer in Sterling Heights, FCA US increased their commitment to the region by investing $1.4 billion to retool the Sterling Heights Assembly Plant for the Ram 1500 pickup truck.

Angie Lommen is the Director of Bradley and Sustainment at BAE Systems, Inc. Having been with BAE Systems for over 20 years, she has served in leadership roles across the company, which include Supply Chain, Business Management, Finance, Protection Systems & Technical Support, and Logistics. Lommen represents BAE Systems on the Board of Directors for the National Defense Industrial Association’s Michigan Chapter, the Sterling Heights Regional Chamber of Commerce, and the Sterling Heights Community Foundation. She also serves as a mentor for the Women in Defense-Michigan Chapter.

He is married to Virginia and is a life-long Macomb Twp. Resident. He worked in the newspaper industry for almost 50 years, followed by serving eight years as the President and CEO of the Sterling Heights Regional Chamber of Commerce prior to joining AEW in his current position. His newspaper career started at the Macomb Daily and after several years there, he served as publisher for the company’s other products, including the Advisor & Source, Richmond Newspaper Group, The Voice, Tri-County News, Suburban Lifestyles and the Royal Oak Tribune.

In addition to the Sterling Heights Area Community Foundation, he is also At-large member of the Church Council of St. Peter Lutheran Church and School in Macomb Township.

Mr. Pasik is the Chief Engineer for the US Army Futures Command, Combat Capabilities Development Center, Ground Vehicle Systems Center (GVSC). A retired Director from General Dynamics Land Systems in Sterling Heights, he is a proven leader with over 35 years of executive management, engineering leadership and program acquisition in Department of Defense related programs.

A resident of Sterling Heights for almost 30 years, he has past community involvement as Director on the Macomb County Chamber of Commerce Board of Directors and member of the Political Affairs committee of the chamber. In addition to serving on the board of the Sterling Heights Community Foundation, he is a current member of the Macomb County Chamber of Commerce Military Affairs Committee, National Defense Industrial Association, Association of the US Army, and Women in Defense.

Rich is a veteran of the United States Navy.  Rich studied and graduated from Macomb Community College, Eastern Michigan University, and a graduate program at Wayne State University.  Moreover, Rich had the opportunity to represent the State of Michigan in cultural exchange and he studied in Sakaide, Japan.  Rich has been married for 25 years and is the proud father of two.  He has been active with Sterling Heights Rotary Club and Boy Scouts of America for the past 13 years.

Rich is an Associate Broker with Keller Williams Realty and he has been there for over 20 years. Rich has been named one of the Top Realtors in Metro Detroit by Hour Magazine consistently for the past 15 years.  Additionally, Rich has been featured by multiple real estate associations as a leader in social media marketing and as a pioneer in virtual home sales. 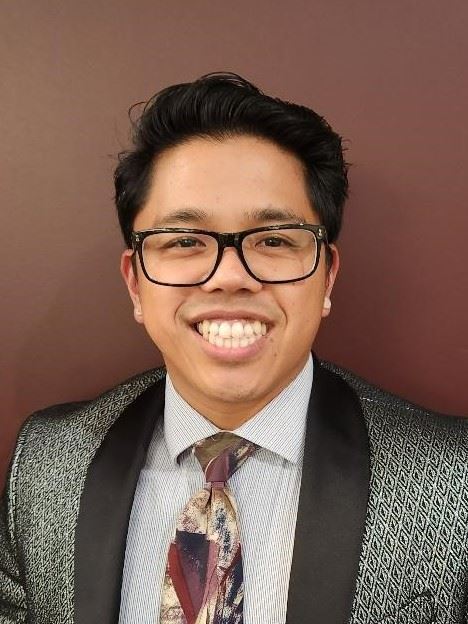 Dr. Joseph Estrada is the Clinic Director at New Leaf Chiropractic in Sterling Heights.  He is married to Elaine with a son, J.J.  He has practiced in Michigan since 2016. Dr. Estrada earned his Bachelor of Science degree in Biology at Wayne State University in 2012 and then earned his Doctor of Chiropractic degree from Life University in Marietta, Georgia in 2016.

He completed his Masters of Sports Health Science through Life University in 2017.  He is a Certified Chiropractic Sports Physician.  He is devoted to family and community and became a Board member of the Sterling Heights Area Community Foundation in 2022.