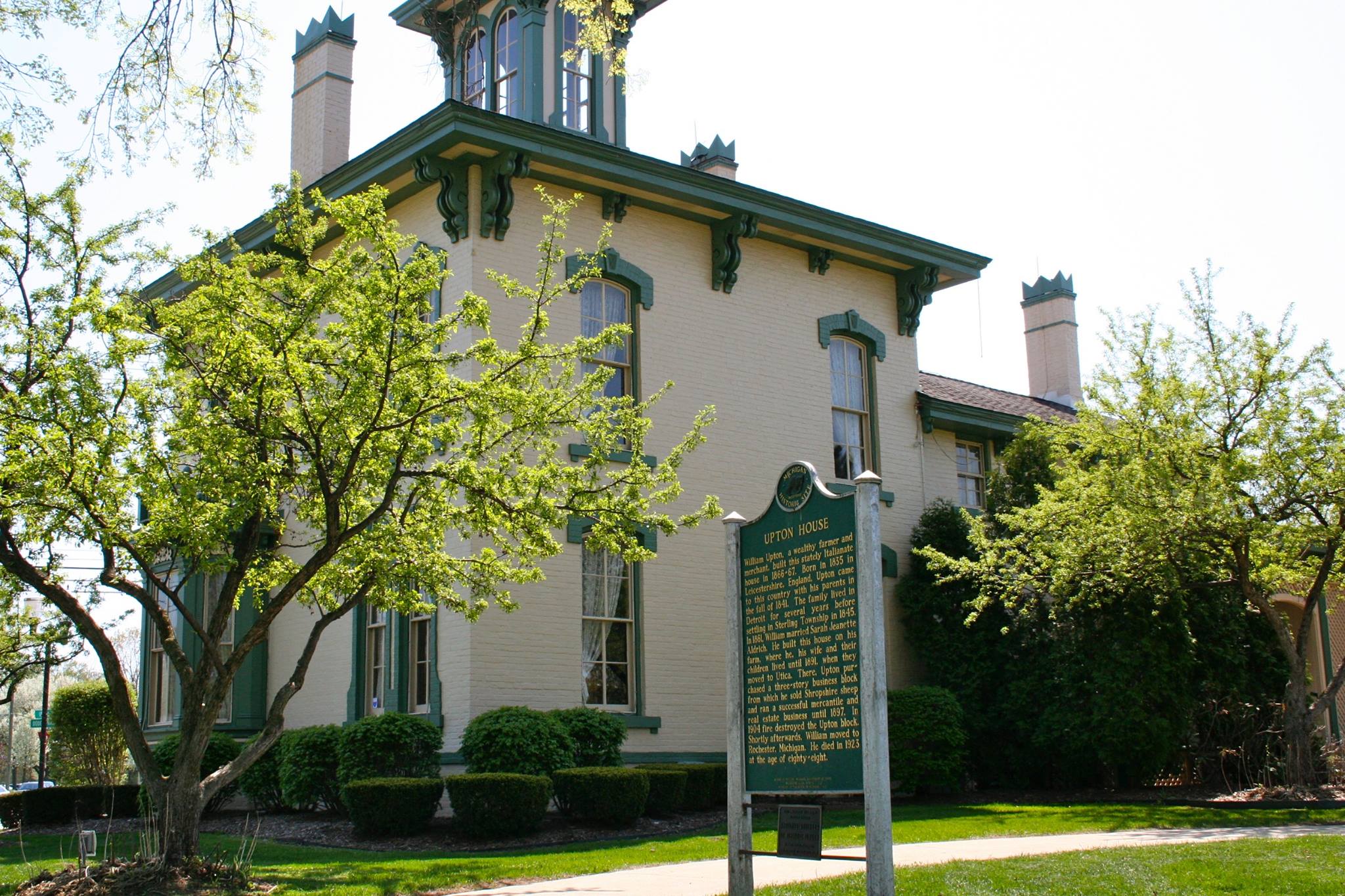 Built in 1866-1867 by William and Sarah Aldrich Upton, the Upton House Museum is one of a few surviving 19th century homes in Sterling Heights. It was the home of this prosperous farmer and merchant until 1891.

The Upton House Museum is a classic example of the Victorian Italianate style of architecture which was popular from 1840 to 1880. The Italianate elements include the wide eaves supported by large brackets, the tall thin first floor windows which are semi-arched with pediments, a low-pitched hipped roof with cupola, and the cubic shape of the 2-story section.

Other Victorian elements include the bay window projection on the north face and the spindle trim on the porch, over the bay windows, and on the cupola.The interior has been extensively renovated and remodeled by previous owners. There once were sliding oak doors to the parlor and front and rear stairways to the second floor. The front stairs led to the family bedrooms and the back stairs to the hired help quarters. These areas were separated by a solid wall.The exterior brick was originally a natural red color. Sometime during the 1940's or 1950's it was painted white which proved to be hard to remove without damaging the surface. The solution devised by the preservation architect was to re-paint with a color popular in the1870's, shortly after the house was built. A muted shade of brown was chosen, with darker brown trim and deep red accents. Not long ago the house was again repainted, this time using an ivory color with apple green trim chosen by the City.The Upton farm of 136 acres is now the site of City Hall, the Justice and Library buildings, the Community Center and Stevenson High School. Outbuildings once included barns for horses and cattle; a windmill which provided water for the house and barns; a solid brick outhouse. The orchard was across Utica Road where the park parking lot is now.The Upton House Museum is listed on the U.S. Register of Historic Places and is a Michigan Historical Landmark.Library staff will be at the Upton House Museum every Wednesday from 1 to 4 p.m. In September through May, the Historical Commission will also host tours on the second Sunday of the month from 1 to 4 p.m. Households of up to 4 members can schedule a tour through our calendar of events.